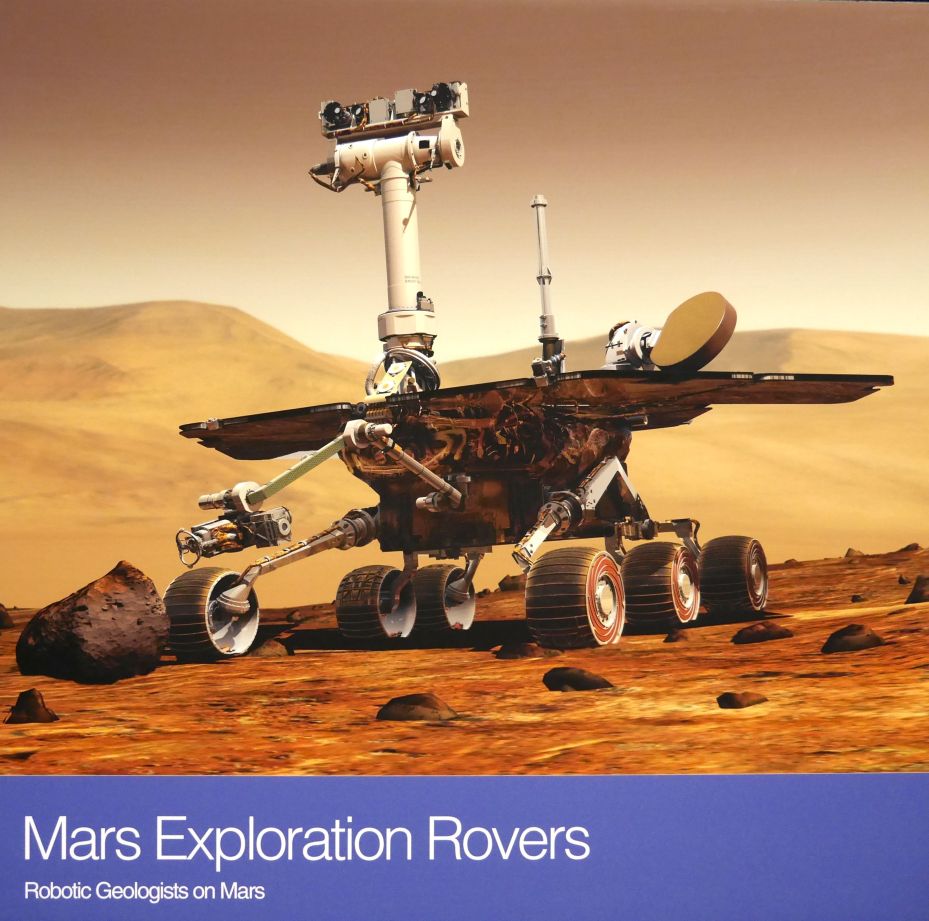 Another leisurely morning on the road.  Claire took another walk around Ojai.  I caught up on some eMail and stuff.  We had breakfast at the Ojai Café  Emporium, and then headed off to LA.  Traffic was light since it was mid-morning.  We arrived at the Alex’s place in Pasadena by noon.

We settled in, and then headed over to the NASA JPL labs, where Alex works, for a tour!  The JPL (Jet Propulsion Labs) campus is pretty cool. Wild deer roam among the scientists as they move from building to building.  It was sunny, breezy, and in the mid 80’s so a lot of people where sitting outside working on their laptops or having small meetings.

After we signed in, Alex showed us around.  We saw the lab where she actually works on materials used in power sources used on various spacecraft.  We saw an area where they test the Mars Rovers in a Mars-like environment.  When we were there, they had a simulation going that tested the aluminum wheels as they rolled over sharp rocks.  They also used this space in the event the rover gets stuck on Mars so that they can figure out how to get it “un-stuck” in a test environment before sending the actual commands to Mars.

Its amazing the things that these folks are doing, and also amazing how little attention most Americans pay to it all.  The engineering that goes into sending a spacecraft to Mars, landing the rover on the surface, and then driving it around as it explores the planet is mind boggling. 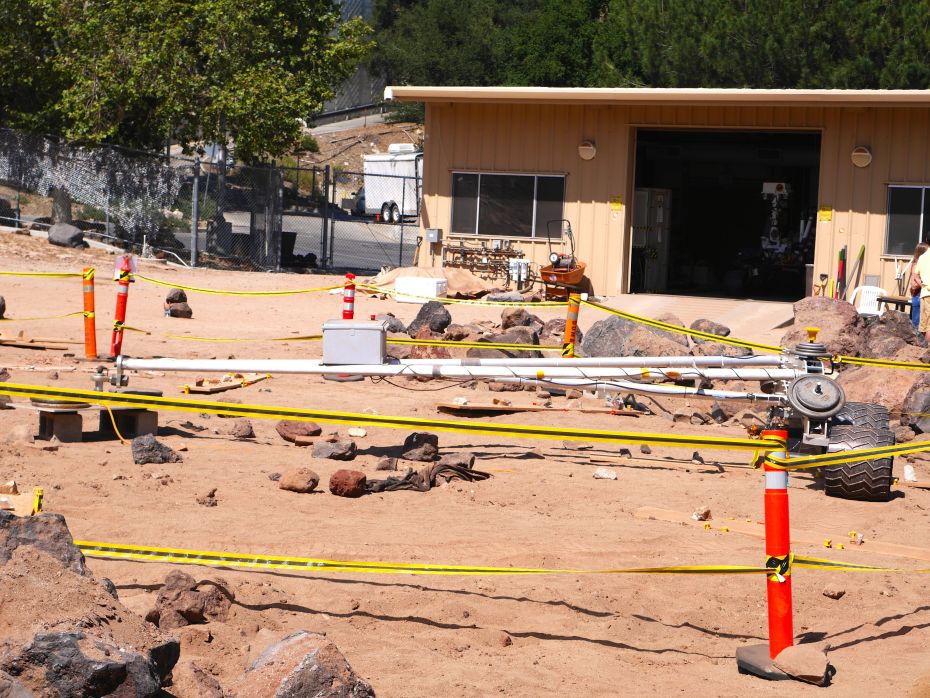 Testing the wheels for the Mars Rover. The actual rover is hiding in the garage in the background.

The ladies in front of Galileo 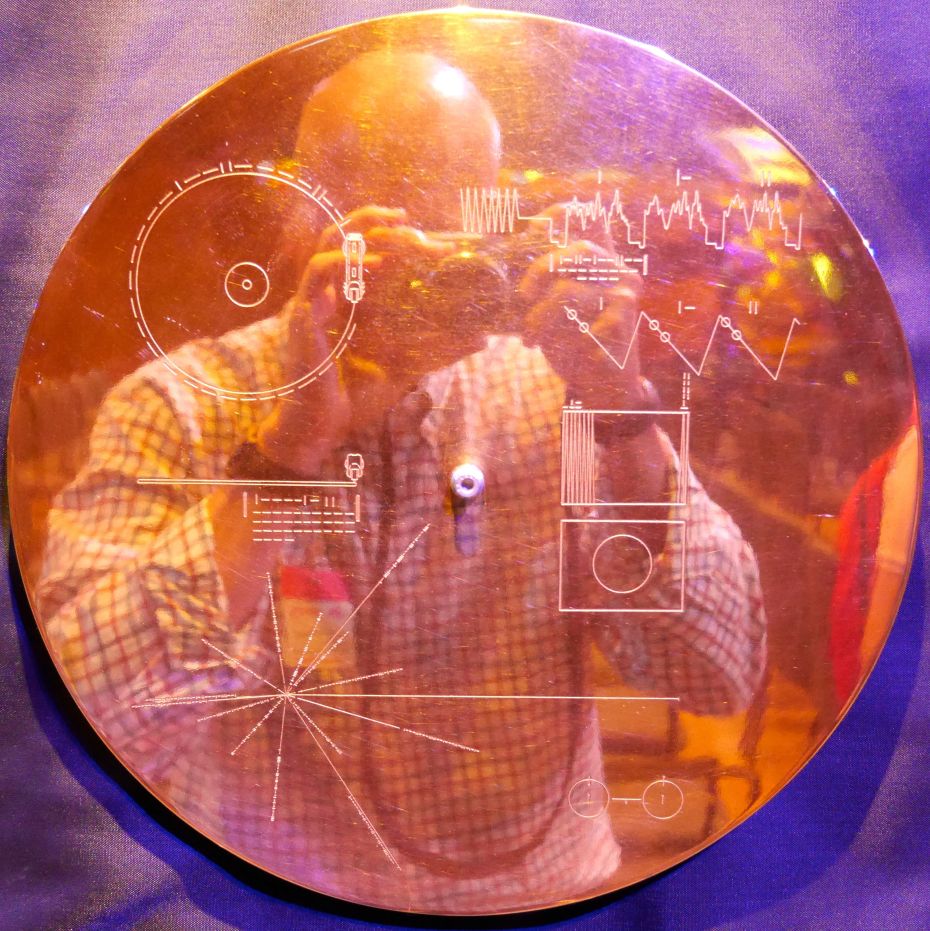 One of the deer that inhabit the JPL campus