Since we have lived in the Seattle area, we have only once driven out to the coast. People who visit Seattle often mistakenly believe that the Puget Sound is the ocean when in reality Seattle is over 50 miles from the coast. Over two years ago we rode the Harley out to the beach town of Westport.  The beach was a bit of a disappointment, but then again coming from Michigan most of the places were the water meets the sea are lacking in comparison.

But numerous people have told us that the coastal drive from Seattle down to Northern California is spectacular.  It just so happens that Alex’s PhD graduation ceremony is scheduled at CalTech for next weekend, so it provided the perfect opportunity to take a road trip!

Day #1 we headed south to Portland, and then cut to the southwest to pickup highway 101.  The bumper-to-bumper traffic getting out of Portland was a pain, but eventually we broke free from the crowds. We stopped at a little dive called Maxwell’s at the Coast in Lincoln City.  From there we followed the winding road along the coast.  There is literally a scenic stop every quarter mile!

We stopped often and shot pictures.  The wind was howling.  The views were spectacular.  It’s a bit of a challenge to drive 101 along the coast because the views demand our attention while the slithering road along the top of the cliff also demands you keep your eyes on the road.

By dinnertime we made it to Bandon, Oregon.  Claire found us a cool little place to stay right on the beach called Sunset Motel.  After we settled in we walked across the street to Lord Bennett’s for dinner.  The restaurant was clearly built to take advantage of the views.  Food was good, not great, but it was a fine way to end the day on the Oregon coast.  Next stop: The Redwoods of Northern California! 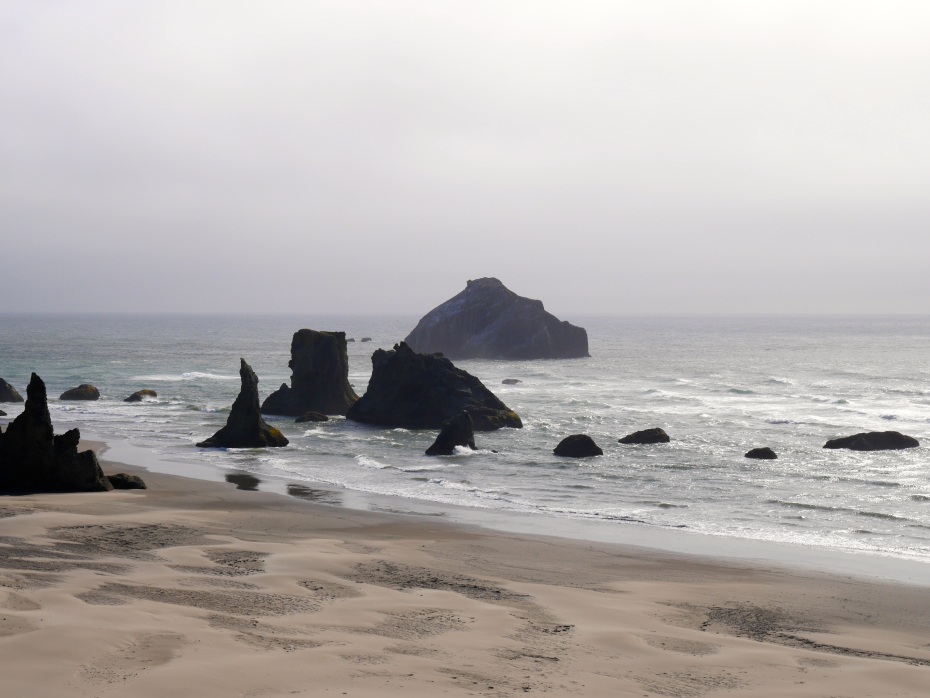 The view from our deck 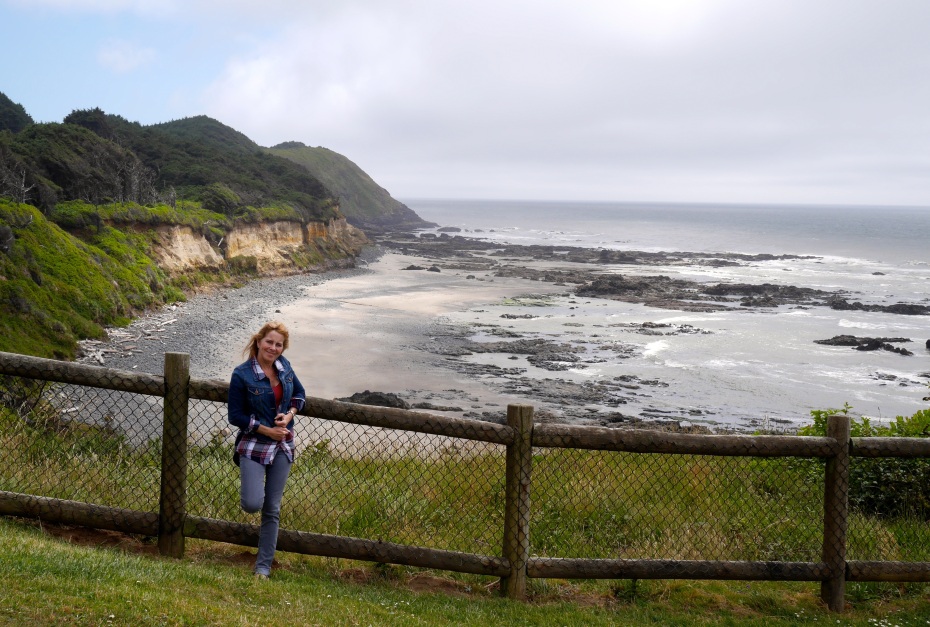 One of our many stops along Highway 101 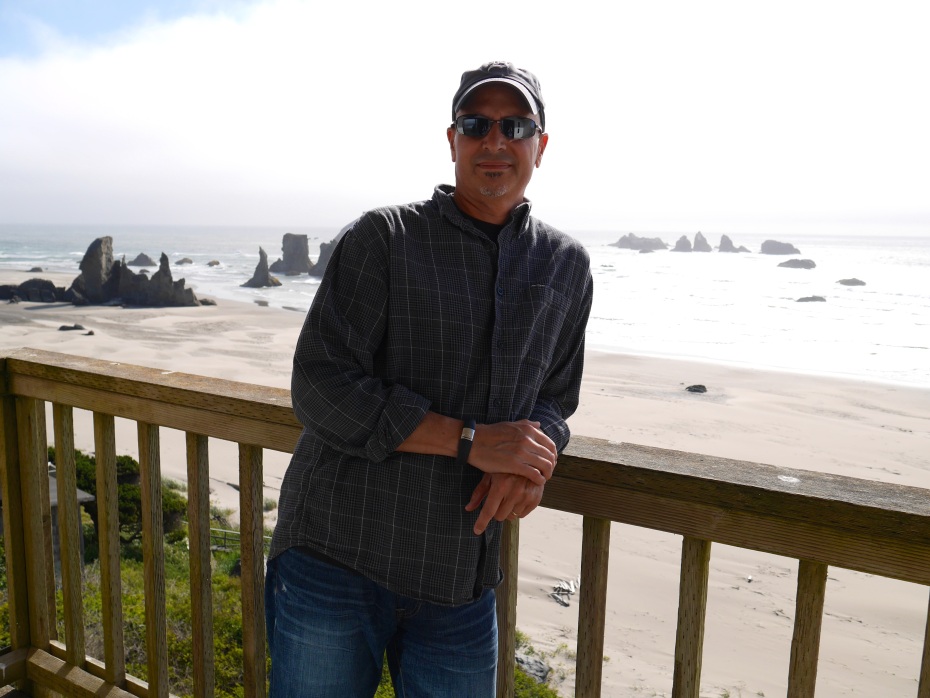